Tmux stands for Terminal MUltipleXer, a simple and modern alternative to the popular GNU screen tool. The main use of Tmux is the ability to use several terminals at the same time, the ability to easily switch between them, the ability to run programs in the background and to divide the terminal screen between different sessions. In this article, we are going to explain 5 Reasons to Start Using Tmux Today. It should be noted that if you want to buy a Linux VPS server, you can visit the packages offered on the Eldernode website.

Tmux is a multiplexer that replaces the GNU screen. In other words, it means you can start a Session and then open multiple windows within that Tmux Session. Each window occupies the entire screen and can be divided into rectangular panels. With Tmux you can easily switch between multiple programs in one terminal, disconnect them and connect them to another terminal. Tmux Session is persistent, meaning that programs running in Tmux will continue even if it is terminated. All commands in Tmux start with a prefix, which is ctrl+b by default.

In this article from the Linux tutorial series, join us with the Reasons to Start Using Tmux tutorial.

Tmux is a terminal multiplexer that allows users to create multiple terminal sessions. In other words, you can run more than one program at the same time in a terminal window. As a result, this will make it easier to work with many different programs at the same time.

You Can Have Multiple Terminals Inside One Window

We will explain this section with an example. Suppose the user wants to test whether the application is running correctly or not. Note that doing this requires a second terminal window, but you can create a new session that will act as the second terminal session. In this way, you will be able to have several terminals inside one window.

You Can Switch Between Them Easily

If you want to close a window, you need to press Ctrl+B and type x.

Another feature of Tmux is that you don’t need to open the Windows terminal when you’re not working in it. So this you will be able to disconnect Tmux from the current terminal. By doing this all your apps will run in the background without any issues.

Recommended Article: How to Install NTP server on Linux CentOS

Tmux is useful when connecting to remote machines using ssh. In this article, we tried to explain 5 Reasons to Start Using Tmux Today for you. If you have any questions, you can share them with us in the comments section. 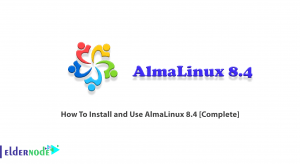 How To Install and Use AlmaLinux 8.4 [Complete]
19 Min Read 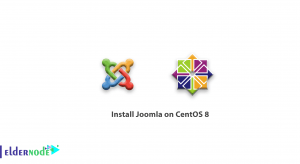 How to install Joomla on CentOS 8
14 Min Read 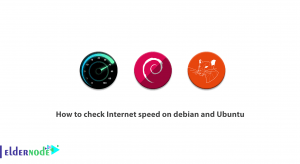