5 CloudLinux Alternatives for Your Business CloudLinux is a utility that makes Linux more secure, stable and profitable for hosts and data centers around the world. CloudLinux uses modern technology to bring data closer to server tools. By doing this you will be able to monitor the performance. In this article, we are going to introduce you to 5 CloudLinux Alternatives for Your Business. If you want to buy a Linux VPS server, you can visit the packages offered on the Eldernode website.

Recommended Article: How to Install CWP on CentOS 7

CloudLinux Alternatives for Your Business

In the rest of this article, stay with us to introduce 5 alternatives to CloudLinux.

Currently, CentOS is one of the most popular Linux distributions in the web hosting and vps server industry. Due to the binary compatibility of Cent OS with RHEL, it is highly compatible with most Linux software. Most hosting control panels use CentOS as the top dedicated server Linux distribution.

When you consider using CentOS as your web hosting or web server, there are many advantages at your disposal. These features include:

4. Has an extensive community of forums and documentation

Unlike proprietary software, Ubuntu is an open-source and free operating system with millions of users. This means users can modify its code, create and install as many copies as they want, and make the necessary customizations anywhere. Another point is that you don’t need to pay for a license to use Ubuntu.

In fact, Ubuntu is a popular operating system that you can use on your PC or Linux VPS. It’s a massive project that helps millions of people around the world run machines built with free and open-source software on a variety of devices.

There are many reasons to use Ubuntu, but here are the most important ones:

1- This program is free and open-source.

2- It is easy to install and test. In fact, you don’t need to be an expert to install it.

3- It is beautiful and stylish and user-friendly.

4- It is stable and fast, usually loading in less than a minute on modern computers.

5- It does not contain any important viruses and is immune to harmful Windows viruses.

6- It is supported and you can get all the backups and guidance you need from the global FOSS community and Canonical. Among the different versions of the Linux operating system, Ubuntu has the most support.

Debian is one of the oldest and most widely used free distributions of the Linux operating system. This operating system can be seen in the servers and personal computers of the network.

The simple installation of this operating system is another reason for its popularity. Selecting the installation language, country, network, domain, partitioning, root user password, creating a full username, password and standard and desktop options are the only steps that need to be taken for this.

Debian has the ability to run and install and operate on many processors with different architectures. These architectures range from the 32-bit and 64-bit versions of Intel and AMD used in personal computers to ARM and IBM’s Z-series eServer mainframe computers.

Being graphic and having an attractive environment for the user is another attractive feature of this operating system. The GNOME desktop environment includes many applications. These programs include OpenOffice.org, Iceweasel, Evolution e-mail system, programs for burning CDs and DVDs, playing music and videos, viewing photos, editing texts and viewing PDF files.

Advantages of the Debian

Debian is an important and powerful Linux distribution that has very high stability and stability and can provide you with a safe platform in operational environments. Some of the features of Debian are:

1- Being trusted by the support team

Since the news of the non-development of the CentOS 8 operating system at the end of 2021 was announced by Red-Hat, many people expressing dissatisfaction with the company’s decision to stop the development of CentOS 8 in order to focus on CentOS Stream. At the same time, the developer community thought of an alternative for it.

AlmaLinux is a peer-to-peer binary fork of Redhat Enterprise Linux or REHL. This distribution is Stable Release and the packages are placing in stable updates, which are more suitable for servers than Rolling Release distributions.

Some of the salient features of AlmaLinux operating system are:

The CloudLinux operating system is designed for shared hosting providers. The operating system isolates each client in a separate “Light Virtual Environment” (LVE), which partitions, allocates and limits server resources such as memory, CPU. In this article, we tried to introduce you 5 CloudLinux Alternatives for Your Business. If you have any question, you can share it with us in the comments section. 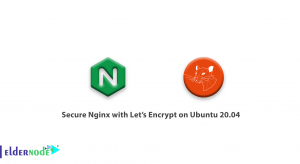 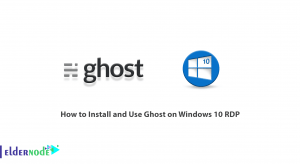 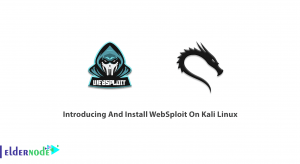